I’ve had this recipe for a few years, since a summer 2007 Everyday Food issue, and I just tried it, and I loved it. It’s not showy, but cooking

the squash this way really brought out the nuttiness of the crookneck, just like Martha said it would.  I also loved that it cooked while I prepared everything else for dinner. So, if you happened to pick four yellow squash out of your garden yesterday like I did (it’s the only item producing this year, but that’s one better than last!), you may want to give this recipe a go. I’m definitely using it again and again. 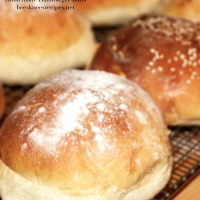 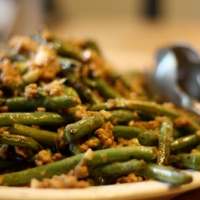