Yesterday I turned to my old standby, Cooking Light, for some inspiration for two little butternut squash left over from my farm share.  I found Steamed Butternut Squash Pudding.  It’s a pudding like a British plum pudding (which, as an ardent fan of A Christmas Carol I’ve always wanted to make, but when I’ve read recipes for plum pudding, it turns out that it’s basically a fruit cake doused in a LOT of liquor and set in the pantry to stew for a couple of months.  As a non-drinker with no liking of fruit cake, maybe it’s not such a great idea.  Maybe all of the liquor was so the Victorians could stomach the fruit cake…?)

Jason and I ate the puddings late last night for dessert and they received two thumbs up.  Also, since we only have four ramekins, I discovered that the remaining batter bakes up quite nicely as slightly dense muffins.
FYI, I didn’t use the Vanilla Jack Sabayon to go on top because, hi, I don’t drink.  Instead I made a little glaze of powdered sugar, milk and vanilla.  Frankly, I preferred the pudding plain, but Jason liked the glaze. 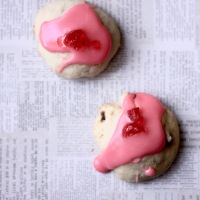 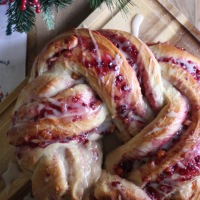