This filling accompanies the Sweet Dough recipe and comes from the Best Make Ahead book. The Orange Cinnamon Roll recipe is my own variation.

Combine cinnamon, brown sugar, salt, and cloves in a small bowl. After the first rise of your dough, press the dough out to about 12″ x 16″.  Brush the dough with the melted butter and spread the cinnamon filling across the inside, leaving a 1″ border along the two long edges. Roll the dough up, jelly roll style, from long edge to long edge, and pinch the edge closed. With a sharp serrated knife or with a string, cut the dough into 12 rolls. Place into a buttered dish, and let rise an additional 45-60 minutes, until doubled. Bake at 350 for 30 minutes.

I tried my Aunt Barbara’s filling, and the results were good, but didn’t taste too much different than this easier filling above. However, they did have a nice orange flavor. So, for a sweet roll with orange in it, I would recommend this,

Bring to a boil for two minutes, then pour into an 9 x 11 baking dish. Allow to cool. Meanwhile, complete the cinnamon rolls with the filling above, but add an additional 1 t. grated orange peel to the filling. After you have cut the cinnamon rolls, place on top of the syrup and allow to raise. Finish as specified above.

Either of the above recipes go well with this frosting:
2 oz. cream cheese, softened
1 1/2 c. powdered sugar
2 T. whole milk
Beat the ingredients with a mixer until combined, adding more/less powdered sugar to get your desired consistency. Frost the rolls after they have cooled slightly. 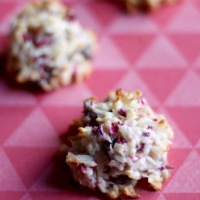 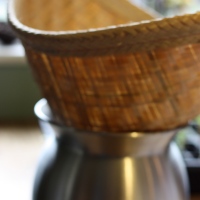